Find us on Facebook! Visit our Facebook page for updated information on fundraisers, events, and calls. New pictures are added frequently by our members!

On December 12, 2015, Company 1 held its annual banquet for the Year 2015 at the Farmville Golf Course. Chief Goss gave the State of the Department Report, and guest speaker Lieutenant General William...
➜
Picture gallery

On December 12, 2015, Company 1 held its annual banquet for the Year 2015 at the Farmville Golf Course. Chief Goss gave the State of the Department Report, and guest speaker Lieutenant General William G. Boykin (US Army Ret.) spoke to the membership. Captain Cayden Eagles was named Firefighter of the Year, and Firefighter Ronald Shult was named the Most Dedicated Firefighter by Chief Goss. Company 1 would like to thank everyone that has made 2015 a year to remember and can not wait to see what 2016 has to offer. 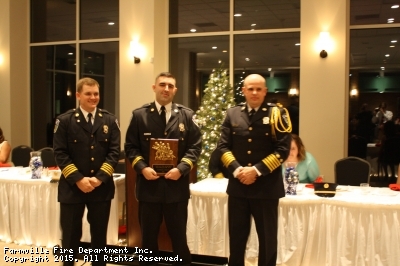 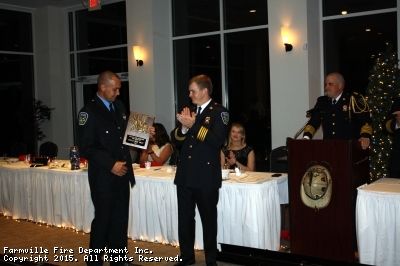 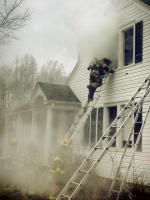 Brush-1 is back in service with new equipment storage boxes in place. These boxes allow us to carry more equipment and keep it better organized and protected from the elements. Brush-1 is now ready for the upcoming brush fire season.
➜
Christmas Tree Safety

The Farmville Fire Department would like to remind everyone to be fire safe with their Christmas tree this year. Keep trees properly watered and away from potential heat sources. Also remember to inspect electrical wiring before placing it on the tree.
➜
Fundraiser for Wooten Family 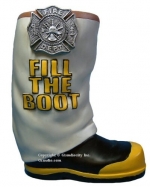 The Farmville Fire Department is helping raise money for a family who lost their home and a child due to fire in Buckingham County. Help us fill the boot to get this family back on their feet. If you would like to donate, stop by the Fire station located at 1000 West Third Street in Farmville during...
➜
Birth of Nakayla Farmer
The Farmville Fire Department would like to congratulate Assistant Chief Dean Farmer and his wife Natalie on the birth of their baby girl, Nakayla Alyssa Farmer born August 30th at 8:15 am, she weighed 8lbs 8 oz and was 21 3/4'' long .
➜
Birth of Jase Morgan Saxtan

The Farmville Fire Department would like to congratulate Assistant Chief Bryan Saxtan and his wife Carrie on the birth of their first born son, Jase Morgan Saxtan on 07/22/14 at 1545 hours. Baby Jase weighed in at 7.2 lbs and was 19 inches long.
➜
Death of Howard "Pete" Campbell

The Farmville Fire Department is mourning the loss of longtime friend and fellow Company 4 Firefighter Howard "Pete" Campbell. Pete was a voice of support for the Fire Departments in his roll as a board member on the county board of supervisors and was a great friend and a common sight on ...
➜
Birth of Robert Tucker Varner

The Farmville Fire Department would like to congratulate Assistant Chief Thomas Varner and his wife Megan on the birth of their first born, Robert Tucker Varner on 04/05/14 at 12:29 AM. Tucker tipped the scales at 8.5 pounds and measured 21.5 inches long.
➜
Burn Law in effect

Please obey the Virginia Department of Forestry's Burn Law. No open air fires are permitted between the hours of 12 am and 4 pm. All fires between the hours of 4 pm and 12 am must be attended at all times with the appropriate equipment available to handle any fire that may escape.
➜
Passing of Lifetime Member Allen Whitt 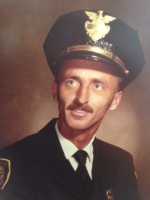 The Farmville Fire Department is deeply saddened by the loss of Lifetime Member, Mr. Allen Whitt in the early morning hours of January 17, 2014. Allen served the department for more than 25 years, starting in the mid 1970's.
➜
Passing of Marshall A. Tucker

The Farmville Fire Department regretfully announces the passing of Mr. Marshall Atkins Tucker, Grandfather of Asst. Chief Thomas Varner. Marshall was born May 12, 1922 in Drakes Branch Virginia. He proudly served in the United States Army where he fought in the greatest battle in US military history...
➜
Greatful for the donations we recieved 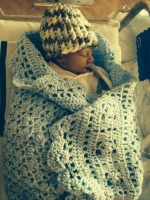 On 12/14/13 Lt. Robert Hammock and his wife Heather welcomed their first born child together, William Gunnar Hammock, weighing 6 lbs 3 Oz and measuring 19.5" long. Little?Gunnar was born at 1730 hrs. Congrats to Robert and Heather and we can't wait to see your newest edition.
➜
Holiday Fire Safety

While decorating for the Holidays, remember to keep fire safety in mind. Keep Christmas trees properly watered, and when purchasing a tree from a store or anywhere that it has been "pre-cut", make sure to cut 2"-3" off the bottom to keep the tree absorbing water properly.
➜
Happy Thanksgiving

The Farmville Fire Department would like to wish everyone a happy Thanksgiving and safe travel to and from family this holiday season.
Adam Helwig graduates USMC OCS 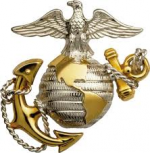 The Farmville Fire Department congratulates former firefighter and officer of the Dept. Adam Helwig on his graduation from the United State Marine Corps Officers Candidate School in Quantico Virginia. Adam served the Fire Department well during his time here, he was a dedicated and well rounded fire...
➜
Be Fire Safe

The Farmville Fire Department would like to remind everyone during this dry spell we are experiencing to be safe while burning outdoors. The lack of precipitation over the last month combined with the low relative humidity and windy conditions have made for dangerous fire conditions.
➜
1 of 22 of 2
34 entries in the News
Farmville Fire Department Inc.
Mailing Address
PO Box 241
Farmville, Va 23901
Physical Address
1000 West Third St.
Farmville, VA 23901
434-392-6543
434-392-1035

This site has been viewed 695,201 times.
Calls
News
Events
Pictures
Apparatus
Maintained by the members and staff of Farmville Fire Department Inc.. Designated trademarks and brands are the property of their respective owners. Copyright © 2006-2022. YourFirstDue Inc. All Rights Reserved. Content on this web site is supplied by Farmville Fire Department Inc.. YourFirstDue Inc. cannot be held responsible or liable for any content, text, pictures, or any other media found on this web site.
Management login
Powered by